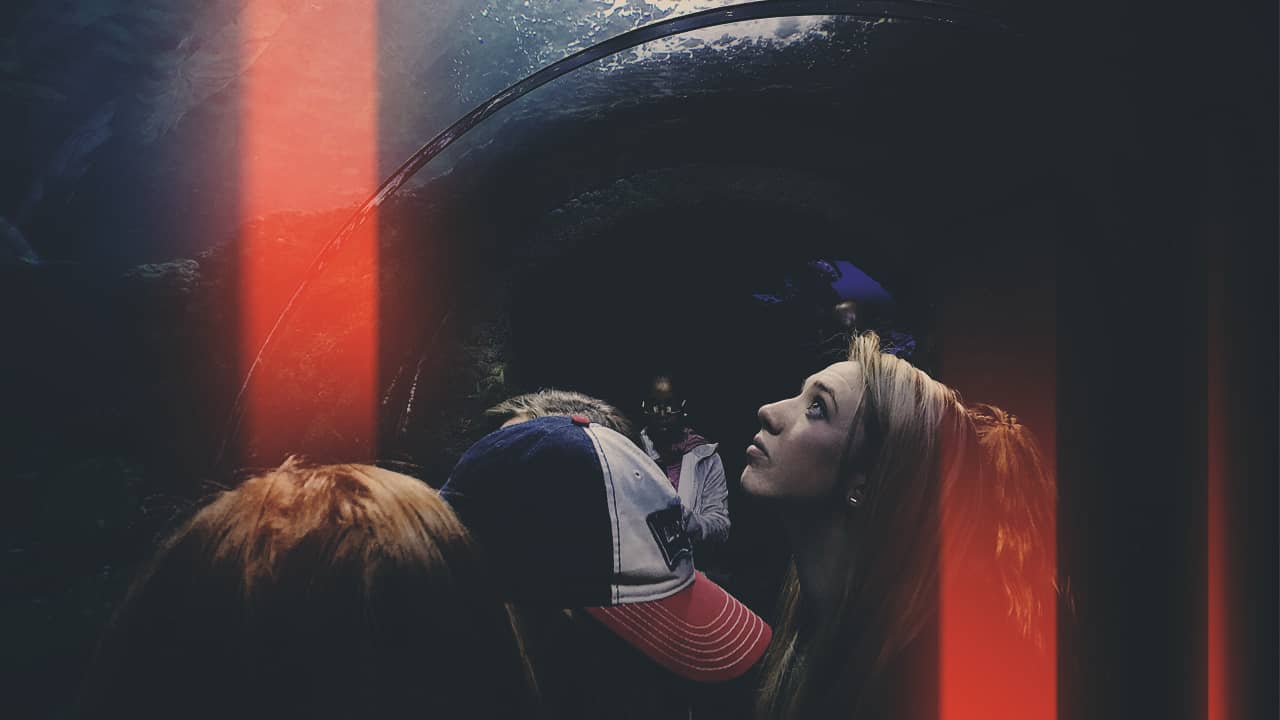 I pray that the God of our Lord Jesus Christ, the Father of glory, may give to you the spirit of wisdom and revelation in the knowledge of Him, the eyes of your understanding being enlightened.

Sometime back, I had a powerful revelatory dream from God. It showed the power of revelation to overthrow bondages and strongholds of sin.

We see throughout the bible how God often communicated through dreams. Not all dreams are from God though. Some dreams were plain and simple, while some needed interpretation to reveal the message behind the dream.

In the dream, I was standing on a road. Behind me was a school building. And in front of me, there was a playground. The playground looked like a shallow swamp because it was flooded with water.

Suddenly, a couple of huge crocodiles emerged from the playground. I turned back and started climbing the wall of the school building.

While going up, I looked down and was shocked to see the crocodiles climbing up the walls. They were coming after me.

I thought, how could this be? How could the crocodiles climb up like this?

As I continued to move up, I reached a small area attached to the wall and stepped onto it.

I noticed a bunch of tiny bananas kept there. I plucked one and threw it at the crocodile. To my surprise, the moment it touched the crocodile, it knocked it off the wall.

I thought, “Wow! How is this possible?”.

I took another banana and threw it at the other crocodile. Again, the same result occurred. I was amazed how a tiny banana could take out such a massive crocodile.

I then descended to see if the crocodiles were still alive. When I reached down, I saw they were dead.

In this dream, the crocodiles symbolically represent situations or issues that are intimidating and challenging. They could also represent sins or mental strongholds in our life.

The playground represents the world. The crocodiles emerging from the playground symbolically means that these strongholds or challenges arise from life situations, worldly influences, and temptations.

The crocodiles chasing in the dream means that there are issues that have a strong grip on our lives. These could be some sin or certain weaknesses that we find hard to overcome.

Even though we’re pursuing God and growing spiritually, these strongholds continue to follow us. We’re making progress in the things of the Lord, yet we’re finding it hard to win this battle.

But as we press on and keep going we reach a place of revelation. In the dream, this place was the small area attached to the wall with a bunch of tiny bananas.

I had wondered how this tiny banana could knock out such a huge intimidating crocodile. Bananas in this dream represent revelation. God was showing that it only takes one small revelation to knock out a massive stronghold in our life.

Believe the truth more than your feelings

At first, these bananas seemed insignificant and useless against the crocodile. But it became a divine weapon.

Jonathan Welton in one of his books wrote this, “Most true spiritual warfare takes place in the arena of truth versus lies.” In the book of proverbs, it says, “As a man thinketh, so he is“.

Revelation can overthrow a lie that repeatedly messes you up and keeps you in bondage. Revelation is the truth, the reality that can become a divine weapon, if you believe it.

Jesus said you shall know the truth and the truth will set you free.

No matter what stronghold you may be experiencing. No matter how hard you’ve struggled and failed repeatedly. Every stronghold can eventually be broken with one simple revelation. All that’s needed is you believe it.

Revelation brings a change in perspective and hence affects our emotions and actions. Revelation empowers us to triumph.

For example, when I believe that the Lord indeed is my shepherd, then I will not worry or give in to fear or anxiety. When I believe that I’m the righteousness of God in Christ Jesus then I see myself as a saint not sinner.

When I see myself as a new creation, then I think and act different. When I have the revelation of Father’s perfect love, I will not fear.

When I see Jesus as my supply, I see abundance of grace and the gift of righteousness supplied to enable me to reign in life. I’m not betting on my goodness to make things happen. I don’t stress. I rest in His favor.

See all these truths that I just mentioned are from the Bible. And there is so much more. But without revelation and faith it won’t profit us. God is not at fault when we don’t believe what He says.

Meditate on the Word of God and ask the Holy Spirit for revelation. Discern the web of lies, weaved by the enemy to keep you in bondage and overcome it with the truth.

The Holy Spirit will guide you into ‘all’ the truth. When He does, believe the truth. You’ll experience freedom when your mind is conditioned by the truth.

Don’t go by what you feel. Let the truth alter your feelings and emotions.

Don’t let discouragement or frustration stop you. As you press in, you will eventually come to a place of revelation.

The devil wants you to believe that there is no way out. He’s a liar. No bondage is permanent. No temptation is too strong.

You are just one revelation away from freedom.

If you abide in My word, you are My disciples indeed. And you shall know the truth, and the truth shall make you free.