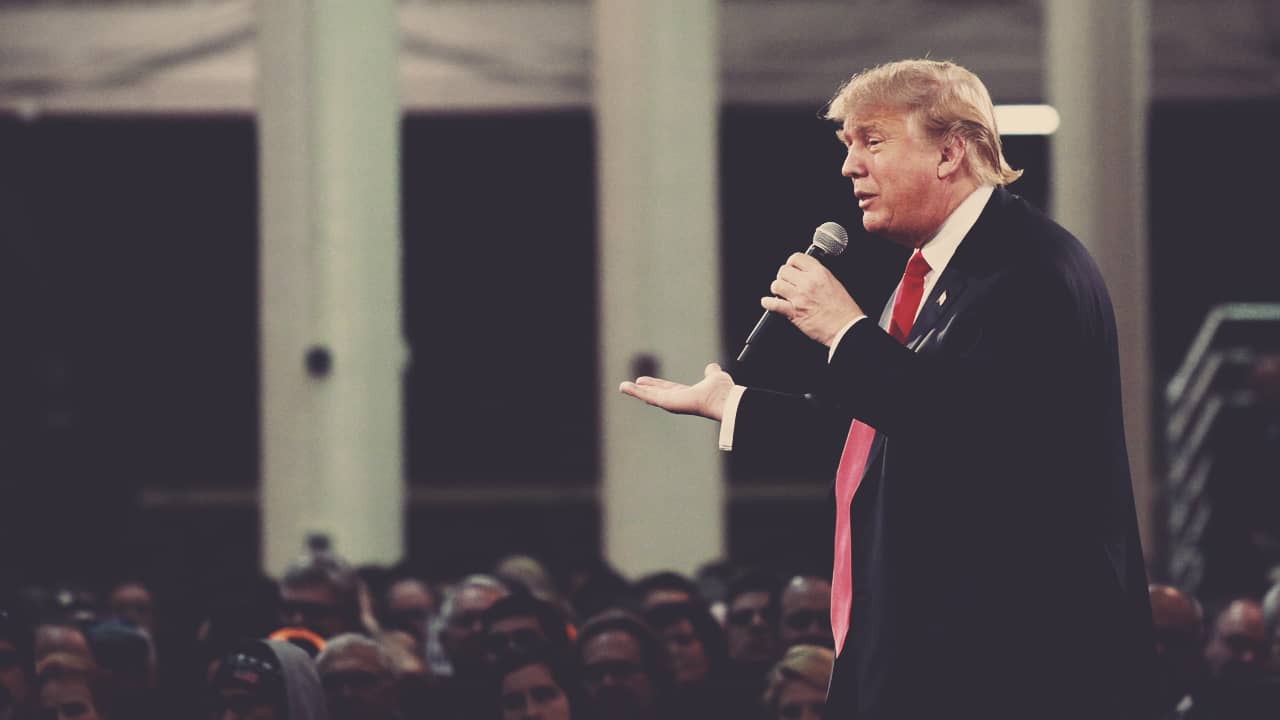 For God may speak in one way, or in another, Yet man does not perceive it. In a dream, in a vision of the night, when deep sleep falls upon men, while slumbering on their beds.

I had two dreams about Trump, one before the election, and one after the election. In the first dream I saw a pastor crying and as he points at Trump he says, “He is a fighter”.

And after the elections I had a second dream. I saw Trump was in a room with believers. They were all waiting and watching.

I saw a washing machine that was transparent and open at the top. I saw few clothes inside the washing machine. I thought I should cover the top. I put a nice lid over it and was trying to show Trump that I am an expert in doing this.

Then it was time for Trump and his team to leave. He told me to pray. I prayed for the voter fraud to be exposed. I then laid my hands on Trump’s shoulders and prayed for him.

The first dream is praying for Trump as he fights for America.

In the second dream, I think the transparent washing machine has to do with the cleansing of believers and Trump. It seems they have been put on hold, in a waiting room and God is doing some cleansing.

The washing machine was open and there were few clothes inside. I’m not yet sure what that implies and what covering the top means.

I saw another dream when tensions between India and Chinese soldiers along the border was reported in the news.

I then went to the balcony and looked up. It was a cloudy day. It seemed it would rain. I then saw a sci-fi kind of aircraft appear secretly in the sky and it released a weapon in mid-air.

I saw the houses next to me turning into ashes or defragmenting. I then looked at the aircraft, rebuked it, commanding it to stop in Jesus’ name.

I don’t want to start a conspiracy theory. But I wonder if this was a warning dream that the Chinese regime could use a bio-weapon or an EMP bomb against India in the future. If it’s not a bio-weapon or EMP, I think it could be something done secretly that affects India in some way or the other.

I think the house defragmenting in the dream is not something that would happen literally. I think it means people’s normal lives getting affected or a breakdown of something.

I think it could be an EMP weapon. You can do a Google search with these words ‘China EMP weapon’ and read the reports to get more insights.

Anyways, I prayed and decreed that if they’re intending to do something it won’t succeed.

Please understand that Chinese people are not evil. No common man wants a war but people suffer because of twisted ideologies and ambitions of a regime, or leader of a country.

When God shows a dream like this, it’s a call to pray. We only see in part and prophesy in part. When we share it with others they may think we’re crazy, but that’s okay. If God is leading us to pray, we should.

In heaven we will come to know that many conspiracy theories were indeed true. God was trying to give us intel so that we will stand in the gap and pray.

Do not interpretations belong to God? Tell me your dreams.