Not a hoof shall be left behind 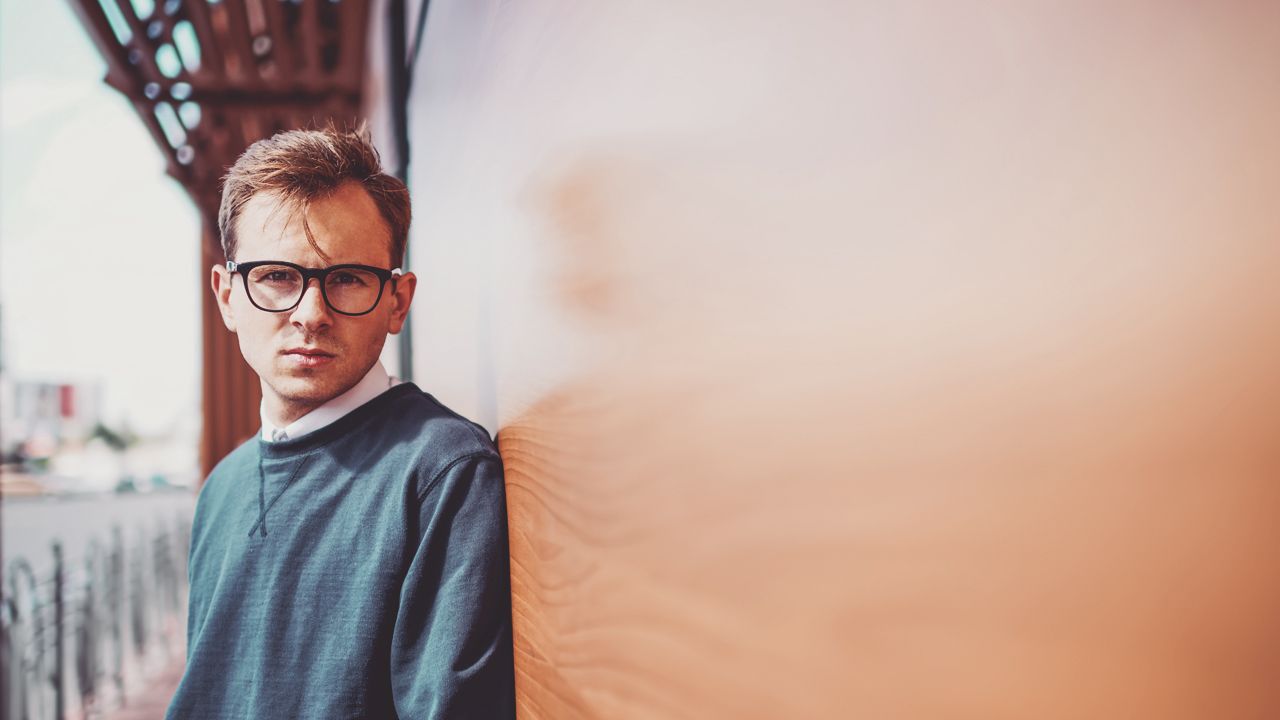 The kingdom of heaven suffers violence, and the violent take it by force.

The Spirit of God is stirring up hunger, tenacity, and resilience. He is setting a new standard of expectation in our hearts and minds.

A strong sense of resolve is rising among believers. Many will refuse to settle for less. They will contend to walk in all that God has intended for them.

It’s time for a higher perspective. It’s time to set our minds on things above. God is prompting us to come up higher and partner with Him. He is giving us fresh anointed eyes to see and ears to hear.

In Exodus 10, we see that Pharoah was trying to make the Israelites leave something behind. But Moses was resilient.

In other words, he was saying, “We will not allow you to hold back or steal anything from us. We’re going forward with all that God intends for us to have. There’s no compromise. We’re not going to settle for less.”

The Israelites also plundered their enemy. Exodus 12:35-36 says, “Now the children of Israel had done according to the word of Moses, and they had asked from the Egyptians articles of silver, articles of gold, and clothing. And the Lord had given the people favor in the sight of the Egyptians, so that they granted them what they requested. Thus they plundered the Egyptians.”

God was paying back His people all the enemy had stolen from them. For too long they have been in oppression and slavery.

Some of us have been too long in slavery. It’s time to walk in the greatest freedom. Jesus went through horrible suffering, pain and shame not to make us survive, but to make us reign in life.

For if by the one man’s offense death reigned through the one, much more those who receive abundance of grace and of the gift of righteousness will reign in life through the One, Jesus Christ.
— Romans 5:17

Grace and peace be multiplied to you in the knowledge of God and of Jesus our Lord, as His divine power has given to us all things that pertain to life and godliness, through the knowledge of Him who called us by glory and virtue, by which have been given to us exceedingly great and precious promises, that through these you may be partakers of the divine nature, having escaped the corruption that is in the world through lust.
— 2 Peter 1:2-5

Sometimes I think to myself, “How much of the benefits of salvation can we experience on this side of eternity? How far can we go so that we will have no regrets on the other side that we missed things, not just for our own sake but also for others.”

God has given us everything we need for life and godliness. He has given exceedingly great and precious promises through which we could be partakers of the divine nature. Wow! isn’t that incredible?

God is not holding back, but the devil tries to hold back. The devil’s success lies in our ignorance.

We’re are living in a fallen world. Satan is the god of this world. He is looking for ways and opportunities to steal things from us.

In 2 Corinthians 2:11 Paul wrote, lest Satan should take advantage of us. 1 Peter 5:8 says that we should be watchful because the devil prowls like a roaring lion, seeking whom he may devour.

The devil tries to convince us that we can’t get too far. The boast he makes is that we can be forgiven in Jesus but God does not have the power to make us walk in dominion over sin, sickness, lack, and fear.

That’s a lie. If we believe it, we will settle for less.

On one hand, we must not allow the enemy to steal or hold back. Instead, we should plunder him and take back what rightfully belongs to us. On the other hand, we must seek God diligently to know Him intimately, seek and wait on Him, hear from Him, and implement what He reveals.

In Joshua 21:45, we read that none of the promises God made to Israel failed.
Isn’t that remarkable?

Not one word of all the good promises that the Lord had made to the house of Israel had failed; all came to pass.
— Joshua 21:45

But Israel had to rise up and take possession of those promises. I believe we can experience more if we hunger for the truth. In this season, let’s come to a new place of increase.

If we’re not able to overcome sinful temptations, we need to increase our hunger and enjoyment of God.

Our relationship with God lacks depth and intimacy because we lack a revelation of His passionate and radical love for us. We need to dig the scriptures to find the truth of His love for us and pause long enough on those until our heart leaps.

There can be many causes for saying no to sin but the greatest is for God Himself. We love Him so much knowing how much He loves us that we don’t want to sin against Him. Love makes us obey and please Him. It’s a superior pleasure than the passing pleasures of sin.

May be many of us haven’t grown in our love for Him. Don’t be discouraged. He loves us even when our love for Him is weak and immature. Pursue to know Him intimately and start basking in His love. If you don’t give up and continue drawing near to God, you will begin to choose Him over sin.

Increase in decreeing and persistence

In December 2019, I had two back-to-back dreams. In the dream, I saw a couple of people facing impossible or challenging circumstances in the natural. I said this to them, “In 2020, decree.”

Later the Lord told me that persistence would be needed and He highlighted this scripture:

Then he (Elisha) said, “Take the arrows”; so he took them. And he said to the king of Israel, “Strike the ground”; so he struck three times, and stopped. And the man of God was angry with him, and said, “You should have struck five or six times; then you would have struck Syria till you had destroyed it! But now you will strike Syria only three times.”
— 2 Kings 13:18-19

We must learn to shoot arrows of God’s promises from our mouths until we see the manifestation of His promises.

So when God reveals something like this, I immediately start implementing it. And I have been seeing results.

God loves spiritual tenacity and resilience. There are times we ask, seek and knock. There are times where we need to command and decree with authority with persistence. We need to open our mouths and speak to the mountains (challenges). We’re called to be mountain removers, not mountain climbers.

For assuredly, I say to you, whoever says to this mountain, ‘Be removed and be cast into the sea,’ and does not doubt in his heart, but believes that those things he says will be done, he will have whatever he says.
— Mark 11:23

Many of my own prayers this year has been not only asking but decreeing and commanding. These are not spiritual formulas but are based on revelation of our identity as co-rulers with Christ. He is training us to shift things.

When we set our mind on things above, God will lead us into the truth, that is, His perspective. When we wait on the Lord, He speaks and shows from another realm, Hid supernatural Kingdom realm. There are no limitations there.

He will show us what’s possible concerning our situation or for others. When we perceive that, then partner with Him to make it manifest into the natural. Decree the promises of God and command with dominion and authority in our prayers for those things to manifest.

Some things might manifest soon, some may take time. Don’t give up. Jesus Himself said that we always ought to pray and not lose heart.

If sickness, lack of finances, and anxiety are attacking us, counter-attack it by wielding the Sword of the Spirit. We must learn to fight and enforce the victory of Jesus not only into our lives but for the sake of others.

Increase in decreeing God’s covenant promises from your mouth with absolute conviction in your hearts that He is good. His goodness is His character, who He is. He is our healer, provider, and protector.

There are overwhelmingly too many promises on healing, provision, and protection in the Word of God. Let’s not give up too soon. But stand on these promises, decree it, and press on.

God not only wants to bless us but wants to shape us internally in our character. We need to change on the inside to move into the new season God has for us.

If God wants to align something in our lives, let’s fully yield to that alignment. Sometimes delays can happen due to misalignments. When our lives are aligned correctly, we will see God’s favor manifesting in unexpected ways.

It’s not that we can get something out of from God when we yield. It’s the desire and joy of becoming like Jesus in our core character. Rest is incidental.

We might have lost our loved ones to sickness. We might be struggling financially. We begin to doubt God and wonder whether His word is true.

Friends, don’t analyze because we don’t know everything. God is not a liar. Would we still believe God is good and He will come through for us?

As long as we’re breathing, never give up.

How would we feel when we meet Jesus on the other side one day and He lovingly puts His arms around us and says, “You know, you could have experienced so much more for yourself and be a blessing to others, but you settled for less because of lack of desire and unbelief.”

The enemy wants to keep us at a small place. He will say we can’t go further, we cannot recover, bounce back from setbacks, the promises are not for us, it’s not for now. He wants us to accept things as they are and be passive.

But God desires that we increase in intimacy with Him, His presence, compassion, love for each other, finances, health, charity, anointing, power, authority, and more. His Kingdom has no limitations. He wants us to have faith and patience.

If we want to bless others in greater measures, set the captives free, have an abundance for every good work, supply every need, we have to increase in all these areas. Let’s be greedy for the right things.

Let’s increase our expectations to a new standard based on God’s promises in His Word and by discerning His blueprint on how we need to operate in this new era.

Give away what we have now but also believe for the days of a divine turnaround where we live in a greater overflow that God intends for us. He will transform us to be an increasing channel of blessing and a solution for many.

If you're not rowing, you're going downstream. You must be proactive to manifest the promises of God. 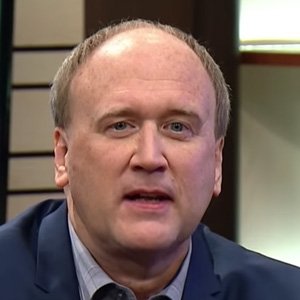